Full Name
Lauren Petterson
Job Title
President, FOX Business Network
Company
FOX News Media
Speaker Bio
Lauren Petterson joined FOX News Channel in 2008 and is currently the President of FOX Business Network. She also oversees talent development for both FOX News and FOX Business Network.
Prior to her promotion to this role in 2019, Ms. Petterson served as the Senior Vice President of Morning Programming and Talent Development for FNC where she notably oversaw the entire FOX & Friends weekday and weekend franchise for the last 11 years. FOX & Friends has been the number one morning program in cable news for more than 17 years. She took on the additional talent development role in 2016 and has been responsible for the hiring process of various new correspondents, anchors and contributors.

Ms. Petterson began her initial stint at FOX News as the senior producer of FOX & Friends in 2007 and left for a position at WCBS-TV for one year. She returned to FNC as the popular morning show’s executive producer in 2008. From that point on, she rose through the ranks to Senior Executive Producer and later Vice President of Morning Programming.

Before re-joining FNC in 2008, Ms. Petterson was an executive producer at New York’s WCBS-TV’s CBS 2 News at 11pm newscast where she led a team that won two local Emmy awards for Best Evening Newscast and Best Spot News. Prior to that and before initially joining FNC, she was the executive producer of WPIX-TV’s (Tribune) WB11 Morning News in New York from 2001 to 2007. While there, she was part of a team that won two local Emmy awards and an Associated Press Broadcasters Association award. Before that, she served as a producer at WCBS-TV’s 4pm weekday newscast for two years. 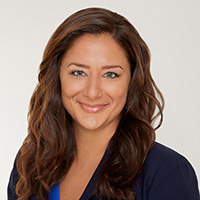