Prior to joining NBCUniversal, Tang was Director of Finance at Comedy Central overseeing general accounting operations and budgets for programming, marketing, digital media and all ancillary businesses. Previously she held various positions at MTV Networks, most recently as a Production Manager for VH1 and Manager, Production and Operations for Nickelodeon Digital. Tang began her career at Morgan Stanley in Capital Markets and later re-joined as an Associate in the Investment Banking Division. 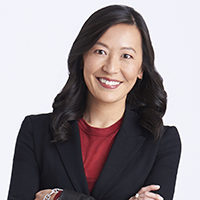