Projects under Geist include the acclaimed 30 for 30 series, Detail with Kobe Bryant, and the 30 for 30 Podcasts. Geist, a three-time Peabody Award winner, has spent her entire career in documentary film, from production to development and now as an executive producer. She continues to push ESPN’s storytelling to new heights as one of the company’s leaders in long-form.

Geist’s creative contributions to ESPN are many, highlighted recently by overseeing development, production and strategy for “O.J.: Made in America,” the 2017 Oscar Winner for Best Documentary Feature, launching 30 for 30 Podcasts and all Original Content on the company’s new streaming service, ESPN+.

Over the years, she has contributed to ESPN Films as a producer and development executive, and spearheaded spinoffs including the highly-acclaimed Nine for IX series – nine documentaries about women in sports, by female filmmakers.

Geist lives in New York with her husband and two little boys. 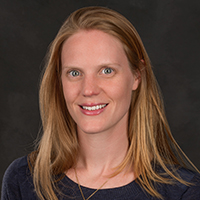