Nancy Daniels is Chief Brand Officer, Discovery & Factual, where she oversees all creative and brand strategy, development, production, multiplatform, communications, marketing and day-to-day operations for Discovery Channel and Science Channel in the U.S. Previously Daniels was President of TLC, where she led the company's flagship female-focused channel, overseeing all aspects of the network's programming, production, development, multiplatform, communications and marketing in the U.S. Under her leadership, TLC has been a top 10 network for women with long-running hit series "Sister Wives," "90 Day Fiancé," "The Little Couple," "My 600-lb Life," "Long Lost Family" and "Outdaughtered," among many others. In less than a year, Daniels drove Discovery as the #1 cable network for men (excluding sports), while owning 7 of the top 10 unscripted cable series. She recognizes the power of the Discovery brand and its ability authentically transport viewers with series such as “Gold Rush,” which ranked as cable’s #1 unscripted series in 2018 and Friday’s #1 show in all top demos for men.

She also has ushered in the most hours of “Shark Week” programming for the network and a supporting cast of all-star celebrities including Shaq and comedian Rob Riggle. The strategy delivered in big ways – leading the week to rank as the 4th highest-rated Shark Week on record in its 30-year run. It also had major traction across multiple platforms reaching 48 million users across Facebook and Instagram and garnered 3.5 million streams across all Discovery GO digital platforms.
In April 2019, Daniels led the effort show viewers around the world what it was like to uncover an ancient Egyptian tomb, live on television in “Expedition Unknown: Egypt Live.” The event made history and international headlines when explorers uncovered a 2,500-year-old mummy of a high priest live on television as well as two other mummies and a treasure trove of antiquities. While at TLC, Daniels oversaw the return of beloved home design hit series "Trading Spaces." Beyond programming, in 2016 Daniels launched TLC's powerful brand campaign "I AM," championing empowerment and celebrating peoples' differences. She also oversaw the network's "Give a Little" national multiplatform cause-marketing campaign encouraging viewers to support organizations that help those in need. Also in 2016, Daniels proudly accepted a GLAAD Media Award for Outstanding Reality Program for TLC's groundbreaking series "I am Jazz," which follows the life of transgender teen, Jazz Jennings.

Daniels previously was EVP, Production & Development at Discovery Channel from 2011-2013, where she played a critical role in driving the network's record-breaking success. There she oversaw several live events - notably "Skywire Live," "American Chopper Live" and "Shark Week" companion live talk show "Shark After Dark" -- as well as popular series including "American Chopper," "Bering Sea Gold," "Fast N' Loud," "Gold Rush," the special "The Presidents' Gatekeepers," the Emmy-nominated "Deadliest Catch," "MythBusters" and "Naked and Afraid," and documentaries including "All the President's Men Revisited" and "Frozen Planet."
During her 11-year tenure with Discovery, Daniels also has served as General Manager, Discovery Fit & Health, where she managed the day-to-day operations of the network, and also as Senior Vice President, Production and Development for TLC, overseeing the launch of diverse hits including "Cake Boss," "Sister Wives," "The Little Couple," "Sarah Palin's Alaska," "The Police Women" franchise and "Four Weddings."

Daniels joined Discovery in 2007 to lead Development and Production for Discovery Studios (West Coast). Previously, she held executive positions at CBS where she served as Vice President of Alternative Series Development, working on CBS's key reality properties including "Survivor," multiple Emmy Award-winner "The Amazing Race" and "Big Brother" and has had an extensive career as a producer in the independent television community. 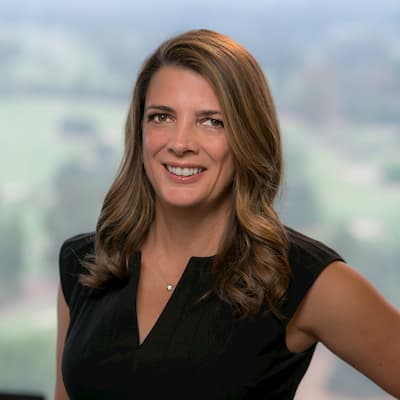