Laura Rutledge joined ESPN’s coverage of the Southeastern Conference in 2014 as a reporter on SEC Network and ESPN. She recently signed a multi-year contract extension in fall 2019, becoming a permanent contributor to Get Up.

Rutledge has expanded her portfolio at the network over the past year to include regular stints as a SportsCenter anchor, and a red carpet host at the Home Depot College Football Awards and the ESPYs. Rutledge is in her third year as SEC Nation host and her fourth year with the show overall. She has also contributed to ESPN and SEC Network’s live-event programming for college football, basketball, gymnastics, baseball and softball. She was a mainstay in ESPN’s extensive championship coverage surrounding the College Football Playoff, NCAA Women’s Gymnastics Championships, and both the Women’s College World Series and College World Series.

Prior to joining ESPN, Rutledge was a sports anchor for CNN’s New Day and Early Start. She also worked on HLN’s Morning Express with Robin Meade, as well as Fox Sports.

Rutledge has a broadcasting journalism degree from the University of Florida, where she also won the 2011 Red Barber Award for Excellence in Broadcasting at UF. Rutledge is an Ambassador for the Miracle League, an organization that builds baseball fields for children with disabilities. She currently resides in Birmingham, Ala. with her husband Josh Rutledge, a retired MLB infielder and former Alabama baseball player. They welcomed a daughter, Reese, in October 2019. 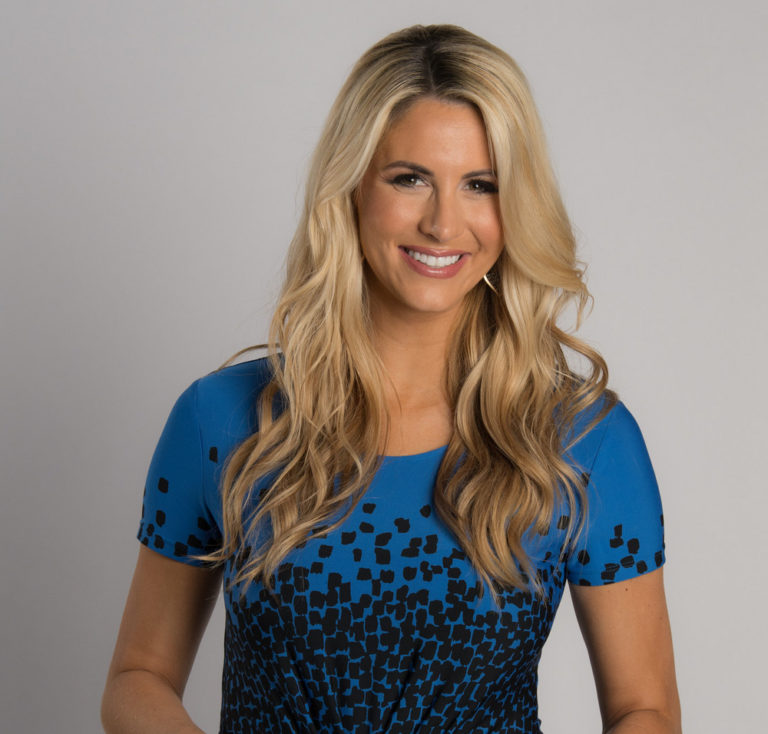