Mina Lefevre is the Head of Development and Programming at Meta. In this role, she  oversees the development and production of original series for Facebook’s video platform as well as spearheads original funded original content that lives across Facebook, Messenger and Instagram.

Lefevre has developed an engaging content slate for the Facebook Watch platform since its debut in  2017, including the platform’s NAACP Award-winning and Daytime Emmy Award-nominated series Red  Table Talk with Jada Pinkett Smith, Willow Smith and Adrienne Banfield-Norris and the popular franchise expansion Red Table Talk: The Estefans with Grammy winner Gloria Estefan her  daughter Emily Estefan and her niece and Daytime Emmy Award-winning Lili Estefan.

Mina’s efforts have reinforced the company’s commitment to create a viewing experience that  prioritizes community building and creating conversation on the Facebook platform, with a robust  unscripted lineup of programming across talk shows, reality, sports, and docuseries. Standout shows  include fan favorites STEVE on Watch with Steve Harvey, Piece of Mind with Taraji with Taraji P. Henson, Daytime Emmy Award-winning Returning the  Favor with Mike Rowe, a reboot of the reality hit MTV’s The Real World, and revealing docuseries such  as 9 Months with Courteney Cox, Unfiltered: Paris Jackson and Gabriel Glenn, The Biebers on Watch and Latin Music Queens, in addition to the successful Versus on Watch series, from Gotham Chopra,  featuring Tom vs. Time with Tom Brady and Stephen vs The Game with Stephen Curry.

In 2020, Lefevre expanded her purview,  developing new youth skewing series for Messenger’s Watch Together, which include the popular Cardi Tries _ series with Cardi B, Post Malone’s Celebrity World Pong League and Here for it with Avani Gregg. Additionally, in 2021, Lefevre launched a slate of youth driven creator content starring massive social media creators such as Sway House, Collab Crib and Shluv Family for Instagram that live on IGTV, Facebook Watch and Messenger’s Watch Together.

Previously, Lefevre developed a premium scripted slate for Facebook Watch, including two seasons of the Critics’  Choice nominated and critical darling Sorry For Your Loss, starring Elizabeth Olsen, Mamoudou Athie,  Kelly Marie Tran and Jovan Adepo in addition to two seasons of the fan-favorite anthology series  Sacred Lies, starring Elena Kampouris, Kevin Carroll and Toby Huss and Sacred Lies: The Singing Bones with Juliette Lewis and Ryan Kwanten. Lefevre also commissioned and developed the podcast  adaptation of Limetown with Jessica Biel and Stanley Tucci, which made its World Premiere at the  Toronto International Film Festival in 2019.

Prior to joining Facebook, Mina was Executive Vice President, Head of Scripted at MTV. Under her  leadership, the scripted department flourished doubling scripted projects at the network including  Awkward, Faking It, Scream, Finding Carter and The Shannara Chronicles and bringing high-profile  talent Ken Jeong, Jon Favreau and Victoria Justice to the network.

Before MTV, Mina served as Vice President, Development & Programming at ABC Family – where she  was part of the original team that helped launch the channel into the successful top 10 cable network.  She was the executive who found, developed and oversaw the #1 hit Pretty Little Liars, in addition to  ratings successes The Fosters and Melissa & Joey.

Mina is well respected in the industry and a member of the Hollywood Radio & Television Society,  Women in Film, and serves on the NATPE executive board.

Mina is a graduate of UC Berkeley, where she was a double major receiving Bachelor of Arts in  Economics and Integrative Biology. 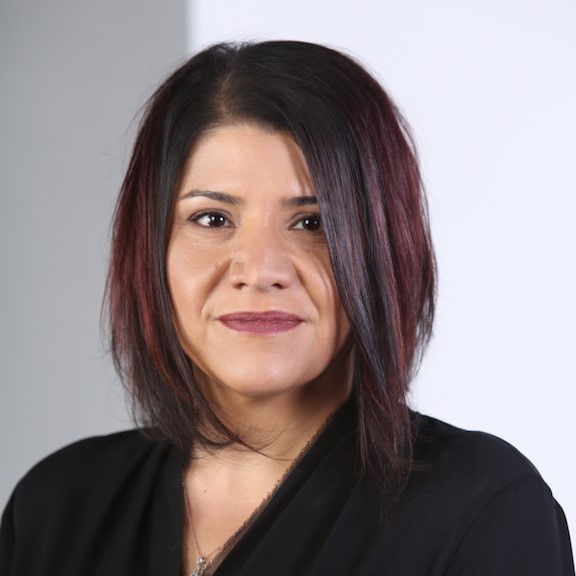