She began anchoring CBS 2 newscasts in 2010, following 20 years with KCAL 9 as one of the original anchors of the nation's first nightly three-hour newscast. In recognition of her 20th anniversary with KCAL and contributions to the people of Southern California, the Los Angeles City Council and L.A. County Board of Supervisors declared October 30, 2009, "Pat Harvey Day" by proclamation.

Pat was awarded the Los Angeles Area Governor's Award from the Academy of Television Arts and Sciences in 2015 for her body of work at CBS 2/KCAL 9 and philanthropic work in the community.

In February 2012, Harvey was inducted into the National Association of Black Journalists Hall of Fame at the Newseum in Washington, D.C.
In addition to her anchoring duties,

Harvey has appeared nationally as a guest co-host on the CBS Television Network daytime show "The Talk."

The veteran newswoman has covered some of the biggest local news stories, political conventions, presidential inaugurations and traveled internationally. Pat has reported on the civil war in El Salvador, the AIDS epidemic in Eastern Africa and Russia and the first all-race elections in South Africa. She followed the works of a homeless painter in Los Angeles to the galleries of Paris and covered the installation of Pope Benedict XVI in Rome. In earlier years, Pat worked as a guest co-anchor in Brisbane, Australia.

In 2018, Harvey field anchored coverage from Las Vegas in observance of the mass shooting at the Route 91 Harvest music festival and a month later from the scene of the shooting at the Borderline Bar & Grill.
Harvey began her career in Saginaw, Michigan, at WNEM-TV as a general assignment reporter and later producer and anchor of the station's 6 and 11 p.m. newscasts.

Before joining KCAL, Pat was an anchor and reporter for Chicago's superstation WGN-TV. There, her series of investigative reports on faulty pap smears lead to new health legislation in Illinois and shut down a lab responsible for many of those defective smears in Tarzana, California.

For her broadcast work, Pat has won 22 Emmy Awards, including three for Best Newscast. The most recent awards were presented for a half-hour perspective on the 20th anniversary of the LA riots and Best Feature reporter in 2018.

Pat is the recipient of two-lifetime achievement awards, which include the L.A. Press Club's Joseph M. Quinn award in 2004 and the Golden Mike for Lifetime Achievement award from the Radio & Television News Association in 2010. In 2008, Pat received the Genii Award for excellence in TV broadcasting from Southern California's chapter of American Women in Radio and Television. Other awards include a national Emmy, Golden Mikes, Society of Professional Journalists, LA Press Club, Hollywood Women's Press Club award for Ethics, Chicago, Los Angeles and National Association of Black Journalists Associated Press "Best News Anchor" award and the Edward R. Murrow award presented to KCAL 9 news for overall excellence.

Pat has dedicated her career to community service, advocating for children, education, those in the special-needs community and victims of domestic violence. She is the recipient of two honorary doctoral degrees from American Intercontinental University and Mt. St. Mary's University. 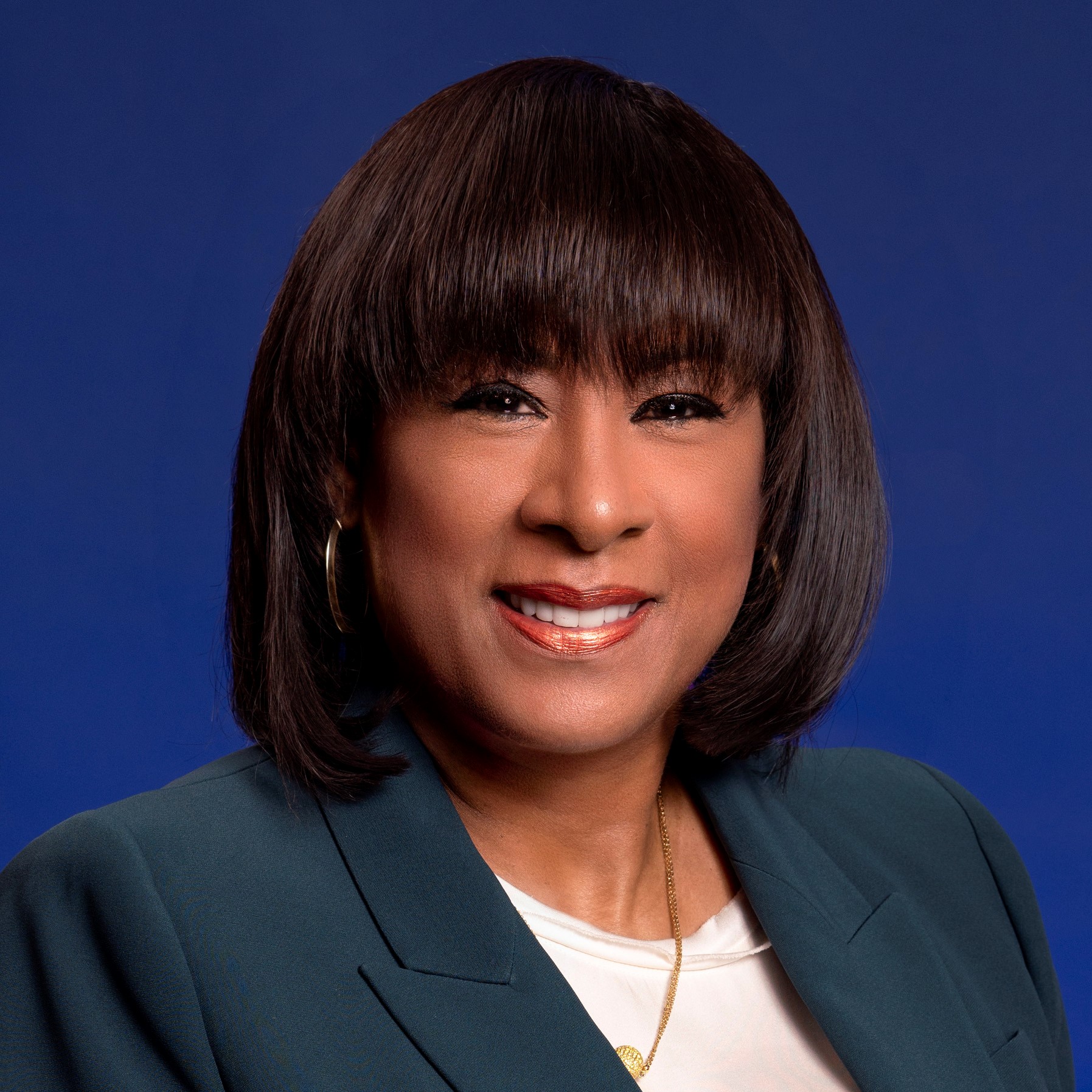