Wendy McMahon is president and co-head of CBS News, the CBS Television Stations and CBS News Digital. She began her new role in May 2021.

McMahon is as an experienced, award-winning television stations executive with a record of success driving audience and revenue growth as well as creating industry-leading content, products and newsrooms. As an innovator of next-gen storytelling and champion of community-focused content, she is recognized for her extensive creative, marketing and digital expertise, as well as pioneering the uses of data and technology to deepen viewer engagement and drive operational modernization.

Prior to joining CBS News, McMahon was president of the ABC Owned Television Stations Group, with direct responsibility for the Walt Disney Company’s eight broadcast stations, local newsrooms and streaming assets, as well as oversight of the 1,500 team members who collectively achieved their 12th consecutive year of local television news leadership in 2020. Under her leadership, the Group realized its largest local television news competitive advantage in a decade and achieved national leadership in digital reach and streaming minutes consumed across their markets.

Earlier, McMahon was the senior vice president, ABC Digital, where she crafted a multi-platform future for the group, responsible for leading digital content, products and technology, and audience development strategies and initiatives. As senior vice president of ABC Digital, she led the pivot to streaming and launched the group’s first connected TV apps. McMahon also launched the digital-first brand Localish and a first-of-its kind data journalism unit that powered exclusive investigations across the network and stations.

During McMahon’s tenure at the ABC Owned Television Stations Group, she oversaw the creation of a Race and Culture team as well as the multi-cultural series, Our America.

Previously, McMahon served as vice president of marketing at KABC in Los Angeles and as a creative services director at CBS-owned stations WBZ in Boston and WCCO in Minneapolis. She began her career as a promotion manager for WTOC in Savannah, Georgia.

In 2019, McMahon was named the Young Alumna of the Year by her alma mater, Louisiana State University and the Digital Leader of the Year by the National Association of Broadcasters (NAB). Throughout her career, her teams have received numerous Emmys, Associated Press and regional Edward R. Murrow Awards for excellence in news reporting including the 2020 National Edward R. Murrow award for breaking news coverage. Her creative teams have also been honored with several Promax, Telly and Broadcast Design awards for excellence in marketing and brand development. 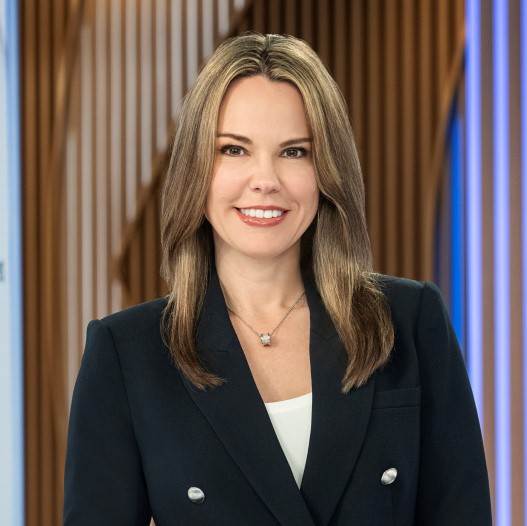