Based in the company’s Santa Monica office, Lee is responsible for developing the strategic direction of business and legal affairs for the company, including distribution, content acquisition, production, litigation, employment matters and legal and regulatory compliance worldwide.

In 2020, Lee played an instrumental role in creating COVID Television Production & Safety Guidelines which allowed STARZ/Lions Gate to be one of the first studios in the country to restart production after the initial March 2020 pandemic shutdown. Lee was instrumental in creating these guidelines well before most of the industry, obtaining buy-in from a number of stakeholders, including consulting with health and safety advisors, health departments, governor’s offices, film commissions and OSHA. Lee ensured strict compliance with federal, foreign, state, county and city-level regulations and guidance, negotiating with guilds to attain support for the protocols. As a result, Lionsgate Television has been able to successfully begin production with limited interruptions on almost 20 shows (more than half were for STARZ) since the start of the pandemic and are scheduled to begin production on nearly 15 more in the near future.

Lee has also managed legal issues for Starz’ continued aggressive international expansion,including devising a worldwide trademark strategy and leading the team that negotiated the company’s first local production deals and agreements with every PRO in every country in which StarzPlay has launched. StarzPlay is now in 56 countries around the world. Lee was named Counsel of the Year by The Association of Media & Entertainment Counsel (AMEC) 2019, Variety’s Legal Impact Report 2019 and is a CableFax Most Powerful Women 2020 honoree.

Prior to Lionsgate, Lee served as Senior Vice President, Legal Affairs at Sony Pictures Entertainment where she oversaw legal affairs for home entertainment and television distribution, across all platforms and means of delivery, both domestically and in select international markets. Audrey began her career at the international law firm of Latham & Watkins, LLP where she focused on mergers and acquisitions, securities, and intellectual property licensing. 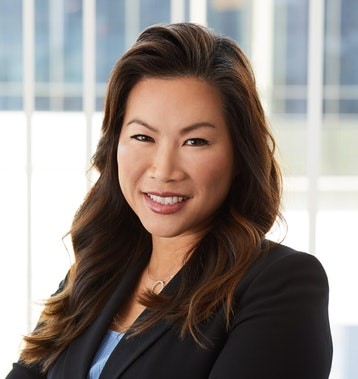